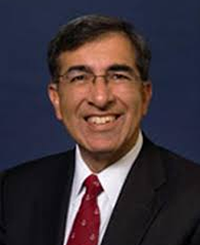 Pradeep Jotwani serves on the Board of Directors for Printronix. Pradeep spent most of his professional career working at Hewlett-Packard in various roles including Senior Vice President of the LaserJet and Enterprise Solutions business, Senior Vice President of the Printing Supplies Business, and President of HP’s Consumer Business. In addition to his time at HP, Pradeep also served as President of the Consumer Business at Eastman Kodak, and was an Operating Executive at Vector Capital. He is an experienced board member and has served on the Boards of various public and private companies, including RealNetworks (NASDAQ: RNWK from 2008 to 2011) and ACCO Brands (NYSE: ACCO since 2014). Pradeep was a Fellow at the Distinguished Careers Institute at Stanford University in 2016 and 2017, and is a Senior Fellow at the American Leadership Forum, Silicon Valley. Pradeep earned a degree in Mechanical Engineering from the Indian Institute of Technology, Kanpur, a Master’s in Industrial Engineering from the University of Wisconsin, Madison and an MBA from Stanford University’s Graduate School of Business.